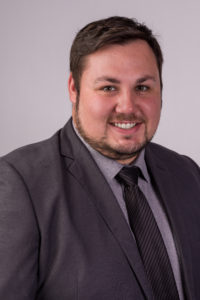 Gideon is an Audit Manager in the Audit department and has been with WSL since January 2020.

Gideon completed his BCom (Hons) in Accounting through NWU Potchefstroom and obtained his Postgraduate Diploma in Applied Accounting Sciences through UNISA. Gideon started his career as a SAICA trainee with KPMG Secunda in 2015. After completing his SAICA articles in 2017, he moved to Pretoria where he worked as an audit supervisor for an Audit and Accounting firm. He has gained experience in numerous industries through his work in audit, including the mining, engineering, manufacturing, medical, financial services and retail industries.

Gideon is a keen supporter of sports and especially enjoys rugby and F1. His favourite past time is however a traditional South African braai.